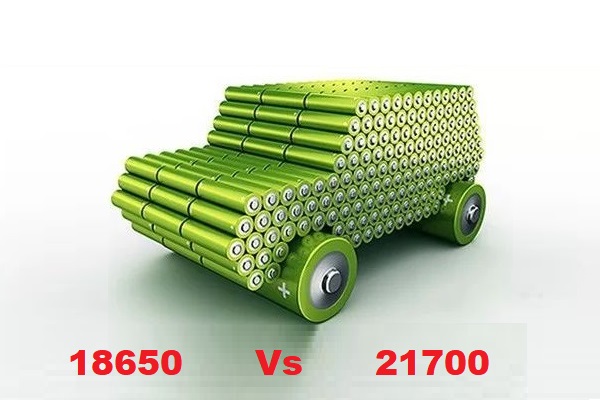 Before entering the field of new energy vehicles, 18650 batteries have been widely used in electronic products. They are the earliest, most mature and most stable lithium-ion batteries. After years of accumulated experience, Japanese manufacturers have accumulated 18650 batteries in consumer products. Advanced technology is extremely well applied in the field of vehicle batteries. Panasonic is one of the world's largest battery technology and scale companies. Compared with other manufacturers, it has the fewest product defects and larger scale, and it is also easy to select batteries with good consistency.

In contrast, other batteries, such as laminated lithium-ion batteries, are far from mature enough. Many products cannot even be unified in size and size, and the production technology of battery manufacturers cannot meet the conditions. In general, the consistency of the battery does not reach the level of the 18650 battery. If the consistency of the battery fails to meet the requirements, the management of a large number of battery strings and battery packs formed in parallel and in serie will not allow the performance of each battery to be better played, and 18650 batteries can solve this problem well.

The 18650 lithium battery has high safety performance, non-explosive, non-combustible, non-toxic, non-polluting, and has passed RoHS trademark certification; and has good high temperature resistance, and the discharge efficiency is 100% at 65 degrees.

The 18650 battery is generally packaged in a steel shell. In extreme situations such as a car collision, it can minimize the occurrence of safety accidents and provide higher safety. In addition, the size of each battery cell of the 18650 is small, and the energy of each cell can be controlled in a smaller range. Compared with the use of large-size battery cells, even if a unit of the battery pack fails, it can be reduced The impact of the failure.

The 18650 lithium battery has a long service life, and the cycle life can reach more than 500 times in normal use, which is more than twice that of ordinary batteries. The 18650 product has a high degree of technical maturity, and the structural design, manufacturing technology, manufacturing equipment, and the derived 18650 module technology are all mature, all of which reduce its operating and maintenance costs.

At present, the 18650 battery, which is widely used, has a history of development for many years. Although the technology is relatively mature compared with other types of batteries, it still faces problems such as high heat production, complex grouping, and inability to achieve fast charging. In this context, 21700 cylindrical ternary batteries came into being.

This is a new model developed to meet the requirements of electric vehicles for longer mileage and to improve the effective utilization of vehicle battery space. Compared with the common 18650 cylindrical lithium battery with the same material, 21700 has a capacity of more than 35% higher.

The new 21700 has four significant advantages:

(4). The weight of the system is expected to drop by about 10%. The overall volume of 21700 is greater than 18650. As the capacity of the monomer increases, the energy density of the monomer is higher, so the number of battery cells required for the same energy can be reduced by about 1/3, which will reduce the difficulty of system management and reduce the number of batteries. The number of metal structural parts and electrical accessories used in the bag further reduces the weight of the battery. After Samsung SDI switched to a new set of 21700 batteries, it was found that the weight of the system was reduced by 10% compared to the current battery.

Which type of battery for smartphone is better: Li-Ion or LiPo ? August 20, 2019
Latest

How to correctly understand the overcharge phenomenon of lithium-ion batteries? July 20, 2021

Analysis of the types, models and advantages and disadvantages of high-rate lithium-ion batteries July 13, 2021