Why does a lithium-ion battery catch fire? How should I put out the fire?

Causes of fire in lithium-ion batteries

The nature of the ignition of lithium-ion batteries is that the heat in the battery fails to be released according to the design intent, causing internal and external combustion materials to ignite after ignition. The main reasons for the fire are external short circuit, external high temperature and internal short circuit. 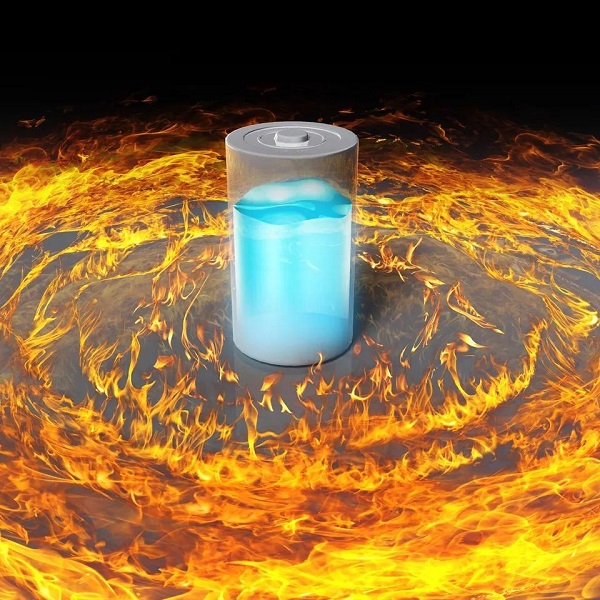 1). Internal short circuit: due to the abuse of the battery, such as the branch crystal caused by overcharge and overdischarge, the impurity dust in the battery production process, etc., it will deteriorate to pierce the diaphragm, cause a micro short circuit, and the release of electric energy will cause the temperature to rise. The chemical reaction of the material brought about by the increase expands the short-circuit path and forms a larger short-circuit current. This mutually accumulating and mutually reinforcing destruction leads to thermal runaway.

2). External short circuit: Take electric vehicles as an example. The probability of danger in actual vehicle operation is very low. First, the vehicle system is equipped with fuses and a battery management system BMS. Second, the battery can withstand a short-term high current impact. In extreme cases, the short-circuit point crosses the vehicle fuse and the BMS fails. A long-term external short-circuit will generally cause the weak points in the circuit to burn out, and rarely cause thermal runaway events in the battery. Now, more PACK companies have adopted the method of adding fuses in the loop, which can more effectively prevent the hazards caused by external short circuits.

3). External high temperature: Due to the characteristics of the structure of lithium ion batteries, SEI membranes, electrolytes, ECs, etc. will undergo decomposition reactions at high temperatures. The decomposition products of the electrolytes will also react with the positive and negative electrodes, and the battery diaphragm will melt and decompose. This reaction causes a lot of heat to appear. The melting of the diaphragm causes an internal short circuit, and the release of electrical energy increases the heat production. This cumulative and mutually reinforcing destructive use results in the explosion of the explosion-proof membrane of the battery cell, the ejection of the electrolyte, and the occurrence of combustion and fire.

Analyzed the reasons for the battery fire, when the lithium-ion battery is on fire and needs to be extinguished, let us look at the following recommended methods:

1). If there is a small fire and the flame does not spread to the high-voltage battery part, carbon dioxide or ABC dry powder fire extinguisher can be used to extinguish the fire.

2). When thoroughly inspecting the fire, do not contact any high-voltage components, and always use insulated tools for inspection.

Which type of battery for smartphone is better: Li-Ion or LiPo ? August 20, 2019

What are the main causes of lithium-ion battery fires? May 27, 2021

The internal resistance of lithium battery and its measurement method May 17, 2021